Harmful effects of hydroelectric power plants on watercourses and their environment 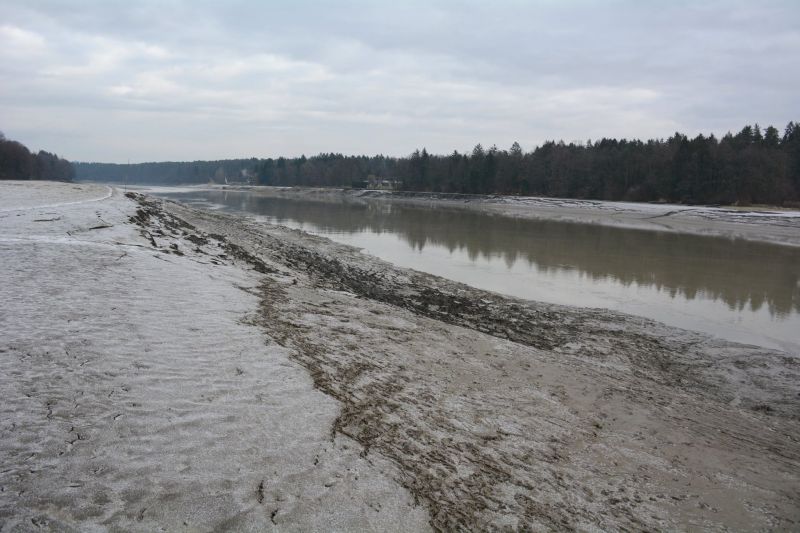 Hydroelectric power plants are considered to be rather unproblematic for the environment. Is that true? Long years of observations and research reveal that this is far from the case. Hydroelectric power plants have many harmful effects on watercourses and people living near them. Many of these at first glance are not noticeable, as they are fully expressed only with a great time lag.

1. Mud accumulation. When it comes to hydroelectric power plants, we must immediately state that no technological solutions have been found in the world for real-time and innocuous mud discharging in large quantities in accumulations from hydroelectric dams. The mud is heavily contaminated with heavy metals and others for the health of humans and animals harmful pollutants. Eventually, it accumulates in enormous amounts, which can not be prevented or stopped, the accumulation of mud within accumulations is a continuous and durable process.

3. Production of greenhouse gases. The mud accumulated in the reservoirs represents a substrate for the production of large quantities of methane and carbon dioxide. More recent findings reveal that even from this aspect of hydroelectric power plants are not impeccable, as financially motivated advocates of the construction of hydroelectric power stations want to represent them.

5. Lower groundwater level. Groundwater rises above the hydroelectric dam, but eventually finds new paths and begins to decline in the long run.

6. The transfer of river sediments is interrupted. Large hydroelectric dams prevent the transfer of river sediments, including the gravel, thus removing the river from the basic ecological mechanism for maintaining its vitality. Under the dam, the riverbed gradually deepens, followed by a decline in groundwater level! The consequences are fully expressed with a great time lag and, in the long run, they become more difficult in supplying drinking water, increased incidence of long-lasting droughts on surrounding agricultural land, markedly reduced biotic diversity of the river and its complete sewage.

7. Destruction of the river habitat. The river habitat is completely changed in the accumulation area, and the effects of damage go far from the area of the hydroelectric power plant itself. River species associated with the free flow of water and for our rivers a typical rocky pebbly ground disappear already due to the loss of these two physical activities. Large hydroelectric dams prevent the transfer of river sediments, leading to the disappearance of gravel and deepening of the channel below the dam. Mud accumulates above the dam in large quantities, which covers the rocky or pebbly ground within the accumulation in the thick layer. For river animals, this means permanent loss of hiding places, spawning areas and others. The mud reduces the net volume of the accumulation, and therefore, within the framework of occasional maintenance, it is discharged from the accumulation. Because of the relatively long life span of cyprinid species, negative effects on them are fully expressed only after decades of construction of hydroelectric power plants. The destruction of the habitat also appears on the coastal part of the river. The sand dunes and other coastal habitats on which the existence of specific species is bound are permanently disappearing. Reproduction of certain species of birds and other animals is related exclusively to pebble river dunes and steep coastal walls, which disappear in the impact area of hydroelectric power plants. Hydroelectric power plants have a devastating impact on the entire river ecosystem.

8. The daily massive deaths of the inhabitants in the river shallows. Modern methods of controlling hydroelectric power plants, which provide greater recovery in the production of electricity, result in unusually rapid and frequent fluctuations in the water level in the river. Such fluctuations can occur even in 15 minute intervals! They can be detected both in the accumulation and in the channel below it. The water level drops sharply, and the inhabitants of river banks (fish, eggs, crustaceans, shells and others) remain dry, where they are exposed to dehydration and predators. Fishermen on the Drava River have documented such deaths.

9. Human security is at risk. Sudden water fluctuations also endanger people’s safety. Especially exposed are the elderly and children. In August 2017, a fisherman who was fishing in the vicinity of Mostec downstream of the newly built HPP Brežice, was caught in the middle of the Sava river due to a sudden rise of the water surface. Firefighters had to step in. Fishermen on the Drava River face similar threats.

10. The simple and safe migration of fish is prohibited. Many species of river fish regularly migrate due to biological needs for reproduction, feeding, wintering, etc., which are greatly hampered or prevented by large dams and accumulations. Many hydropower plants have built fish trails, but their functionality is highly questionable. Technical fish trails are proven to be dysfunctional, and better-trained “sustainable” fishing trails may allow some species of fish to move upward, but it is very questionable which percentage of the entire population is able to migrate. Even the “natural” fishing trails completely fail when it comes to downstream migration, as the fish follow the strongest stream of water that leads directly to hydroelectric turbines, where they are exposed to serious bodily harm. The construction of fish trails is therefore ethically controversial, because the fish at best, in their best case, come into the reservoir accumulation, which for the river species is completely unnatural habitat from which the main flow of water sooner or later leads to turbines!

11. Fish are exposed to serious bodily harm. In the framework of the research on the lower Sava, finished in April 2018 under the auspices of the Slovene society for the study of fish, a pike was caught with severe bodily injuries sustained by hydroelectric turbines.

12. A spread of non-native organisms. Ecological conditions within reservoirs are inadequate for most riverine species but correspond to some non-native species, such as carp, big head carp, grass carp, etc.

13. Increased occurrence of hybrids. On the Drava River, fishermen detected a strong increase in the appearance of crosses between the bream (Abramis brama) and rudd (Rutilus rutilus). Reproduction of both species is related to the fifophillary spawning, which is represented by larger bays, sleeves and other backyard waters, which are grown by aquatic plants. Due to the sewage of the riverbed and large quantities of mud, which takes light and prevents the growth of aquatic plants, the river Drava spawn is becoming rarer. The spawning period of both species is overlapping, and the bream and rudd in the remaining spawns meet in an “unnatural” large number, which leads to a greater likelihood of mixing the cells of both species and, consequently, a greater incidence of hybrids.

14. Aesthetic degradation of the landscape. It is probably not necessary to emphasize that large concrete structures and accumulated lakes full of mud do not represent aesthetic elements that would spice up the image of the landscape and increase its attractiveness. In fact, it’s the opposite. Hydroelectric power plants destroy the aesthetic image of the landscape and reduce its potential for the development of activities that are related to genuine and unspoiled nature. In the future, this will be gaining greatly on its value.

The original article is HERE (in Slovene).