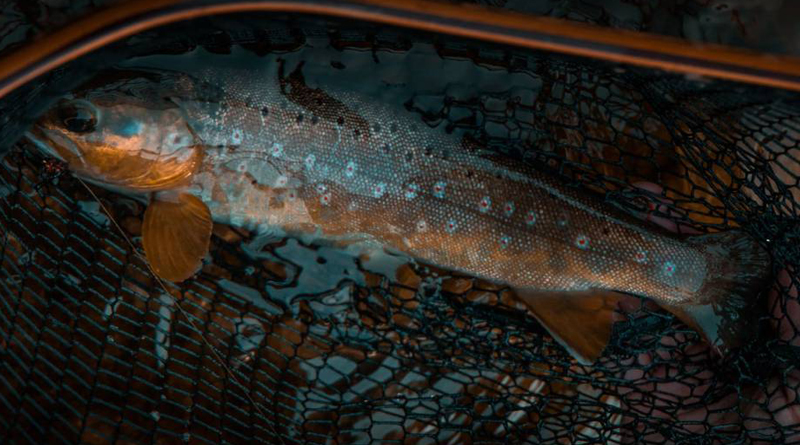 Not long ago, at one of the commercial ponds, we watched the children, and even more so their parents, how they were fishing trout and how they treated them after they were able to drag them to the bank. We were shocked!

In Slovenia, there are quite a few commercial ponds, where owners stock a large amount of rainbow trout, and children and others then fish them, kill and take them home. Of course, there is nothing wrong with the idea, but it complicates obviously in the way fishing is carried out. Children and their parents, who come to such places, do not treat the majority of fish in the same way as unwritten ethical rules say. What do we think about this?

Although fish are fished by many anglers, there are unwritten rules on how to behave towards them. A respectful relationship is the first dividing line between a fisherman and a butcher, even though the fish is eventually killed! When fishing, we do not shout, but we perceive it as something intimate. We also have such a relationship with fishing gear and fishing colleagues. We do not regard fish as a good, but a living being. Once we hook it, we realize that it may be suffering from it. As soon as possible, we release it from the hook and do not keep it out of the water for a long period of time. We avoid putting them on the ground and any handling that would expose the fish to falls and additional physical damage. We use a landing net.

In commercial ponds, we noticed that they are mostly visited by people who do not fish often. When the trout is hooked, the shouting of unexpected happiness follows, then the fish is landed to the bank, where it is lifted from the water without the use of a landing net. The fish is placed on the ground where it is unhooked and affected by numerous additional injuries. Sadly, the execution is then done with a stone, an inappropriate stick and similar measures. They are often left on the ground or in the bucket to suffocate.

Not a proper way fishing should be done. What do you think?