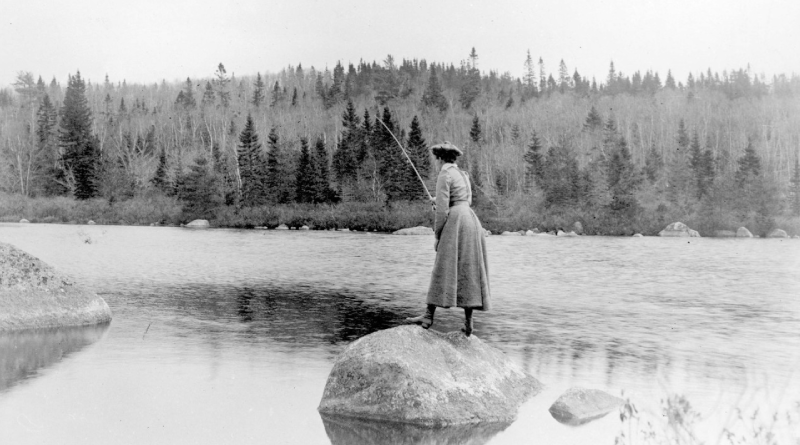 Fly fishing as we know it today was influenced by various improvements and inventions. The top three include knowledge of metalworking, the development of fishing rod manufacturing technology and the expanse of plastic.

One of the most important inventions, which is not just of fishing type, is the ability of man to process metal. In the Neolithic, spears are used for fishing as a method of survival and hooks are rarely used. These were quite primitive, and prehistoric trophy hunters made them from bones, shells, or pieces of wood. Metal hooks have only been found in literature in the 15th century. Until the early twentieth century, such hooks were thick, heavy and rarely suitable for fly fishing.

Knowledge about metals and their processing has, over time, enabled the hooks used for sport fishing to be thin, sharp and strong. Only the tiny hook that we take for granted today actually allows us to catch a trophy trout or picky grayling.

The first fly rods were made by fishermen from a variety of raw wood, which, according to sources, were not intended for throwing, but for laying bait (artificial fly). The rods were later made from more flexible types of wood, which allowed the rod to be bent and thereby utilize the resulting force to throw the bait into the distance. Split cane rods were not made until the end of the 18th century.

For fly fishing, perhaps the most important novelty is the expansion of the manufacture and use of plastic products. Leaving aside their often questionable effects on the environment, plastics have significantly contributed to the development of fly fishing. In particular, the seal was made in the field of fly fishing lines and monofilaments.

If once a fly fishing line was made of horsehair and similar materials, and a tippet made of animal gut, we would nowadays go to the store today and buy plastic substitutes. Their load-bearing capacity is much larger, the dimensions (diameters) are smaller at the same load-carrying capacity, and care is minimal or even unnecessary (depending on the life of the product in the eyes of consumers).